July catches the majority of people in a state of misery. Students are just beginning to dread going back to school, adults are stretched with continuing the regular workday while the temperatures rise, and the month’s only holiday is over within the first week. July happiness is reserved mainly for the pop culture fanatics. They wait through the heat in anticipation for the lists to trickle out, and they finally come like a refreshing wave, usually all in one week.

This is one of those lists. All of the weeding through the first half of the year’s releases has finished. Here are the seven best albums from the past few months. Based on these efforts, it looks like other acts are going to have to pick up the pace. If they do, then we certainly are in for one of the best years in music yet. 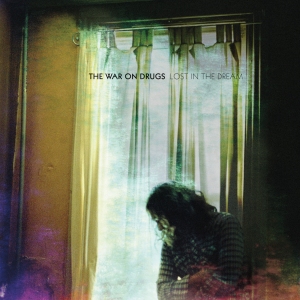 To be honest, until this record I could have been considered a very “vague” fan of The War on Drugs. Sure, I listened to their 2011 effort, Slave Ambient, a couple of times, told my friends that I enjoyed listening to their stuff, and perhaps put it on a playlist or two. But Lost In The Dream was the sonic definition of a game-changer for my iTunes library. The album’s single, “Red Eyes”, came on shuffle through an artist station on internet radio and I bought the vinyl album as soon as it was released on March 18. I have a habit of hardly ever buying vinyl before I listen to the album in it’s entirety, but I knew I could rely on this one. My instincts didn’t lead me astray. The album opener, “Under The Pressure”, could almost pass off as an experimental B-side on a Paul Simon record. The rest of the tracks are peppered with drum machine beats and guitar riffs reminiscent of 80’s ballads. The title track slows the album down with acoustic guitar and a harmonica, coming across as the perfect mix of folk and country. This album is definitely worth a listen, but if you’re still skeptical, treat yourself to the music video below.

Watch the music for the album’s single, “Red Eyes”: 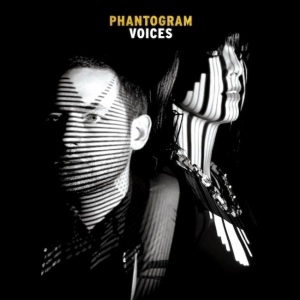 Exactly one month before Lost In The Dream was released, synth-pop duo Phantogram put out their third album, Voices, on February 18. This album brags a more sophisticated sound than the previous two albums, which is largely due to the fact that the two artists chose John Hill to produce the album (Hill is also a producer for Rihanna and Santigold). Sarah Barthel’s vocals sound both familiar and intriguing throughout the album, as usual. The mid-album track “Howling At The Moon” is reminiscent of the material found on 2010’s Eyelid Movies. On the other hand, “Bill Murray” is a more ambient pop ballad, most likely in reference to the actor’s character in Lost in Translation. The song repeats Am I lonely/ Oh it feels like/ When the day breaks/ Am I wanted inside. Voices is a sample-heavy signature Phantogram effort that is well worth your morning commute.

Watch the music video for the album’s single, “Fall In Love”: 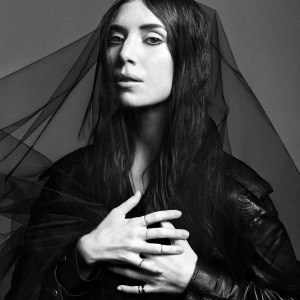 Break ups that take place in the midst of entertainment culture usually go one of two ways. The first being the route often taken by Taylor Swift: write a few songs that land at #1 and miraculously forget about him. Or the second, never speak of the person again, for fear of being publicly perceived as weak. Swedish songstress Lykke Li returned to her usual game plan, which involves doing what no one else has done before, and decided to dedicate a nine-track album to her heartache. Now, if you’re worried about the entire record sounding the same, fret no more. Li employs enough tympani, piano melodies, and genius harmonies to newly landscape each track. Paired with her powerful lyrics, I Never Learn is a half hour sonic experience that will leave you feeling nostalgic and perhaps even a bit empowered. Even the worst breaking of hearts can transform itself into anthemic choruses.

Watch the music video for “No Rest For The Wicked”: 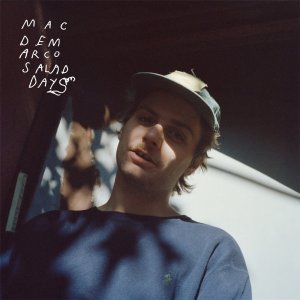 In the span of two months, Canadian and self proclaimed “jizz-jazzer” Mac DeMarco went from  messing around with his friends to having a Pitchfork cover story and messing around with his friends. Salad Days, released on March 31, is a homemade collection of DeMarco’s thoughts accompanied by delayed guitars and the singer’s own back-up vocals.  The album holds a handful of gems: “Let My Baby Stay” is a song more or less to the U.S. Government in hopes that they will let Kiera, DeMarco’s longtime girlfriend, stay with him in Brooklyn (she’s Canadian, too). “Brother” is another highlight, where DeMarco advises a friend to “go slow” for three and a half minutes. Also, keep an ear out for DeMarco’s special message at the very end of the record. Altogether, Salad Days is a solid summer effort that will likely be listened to all year long.

Watch the creepy and kitschy “Passing Out Pieces” music video: 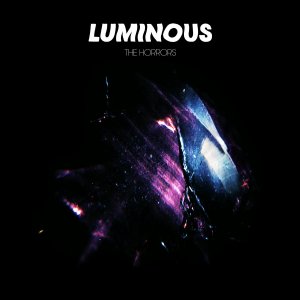 Although the British rockers’ third record, Skying, was a solid album, it felt like the band was sinking into reliability. With Luminous, The Horrors refused to be classified as such and challenged themselves to be daring. It worked. There is a certain drive that carries the album unlike anything that is found in the bands’ previous material. The British nostalgia that is so famously present on records from James and Manic Street Preachers is what keeps The Horrors tied to their roots, while a bit of grit keeps them current. The album closer, “Sleepwalk”, is just as good as the opener, “Chasing Shadows”. Luminous is the entire classic British rock package.

Watch the music video for “So Now You Know”: 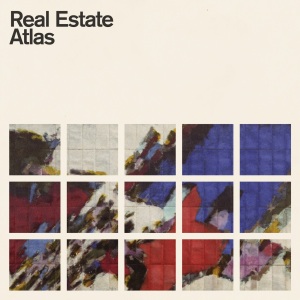 Regardless of the fact that the band’s third effort was released on the third day in March, this album is the definition of spring fading into summer. New Jersey’s golden boys have done it again, providing ten tracks of rhythm guitar melodies and simple lyrics that you’ll be mad you didn’t think of first. “Past Lives” visits the familiar nostalgia felt when returning to childhood homes, and remembers the good parts of love (I walk past these houses where we once stood/ I see past lives/ But somehow you’re still here). “April’s Song” is a three and a half minute instrumental, where you can decide for yourself if it’s supposed to be about a girl named April or the fourth month of the year. The album closer, “Navigator”, is simply a lullaby, tucking the record into bed and reassuring the listener that, yes, the boys of Real Estate have indeed seated themselves on the thrones of authentic indie rock.

Watch the music video for the album’s single, “Talking Backwards”: 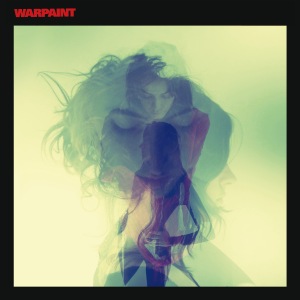 The four Los Angeles babes behind the Warpaint band name proved to be quite ambitious with their second full-length album, as it was the first album on this list to be released (on January 20 in the U.S.) and still lands at No. 1. Warpaint seems to pull all of the best aspects of 2010’s The Fool, while adding thicker bass lines and more thoughtfully arranged vocals. A sample of the album’s single, “Love Is To Die”, was featured in a Calvin Klein ad in September of 2013, so when the entire album was released, listening to it felt like finding something you were missing for the past six months. The entire record feels like it was recorded in fog-laden woods at two in the morning: minor chords to make your skin crawl paired with steady drum rhythms to keep your pace steady. The album’s highlights are “Keep It Healthy”, “Disco//very”, and “Feeling Alright”.

Listen to the official audio for “Love Is To Die”: