Set times were announced today for FYF Fest, a festival in Los Angeles that has repeatedly featured impressive lineups over the past few years. Check out the set times here. While you count down the days to the festival, here’s a playlist of lineup artists to tide you over. END_OF_DOCUMENT_TOKEN_TO_BE_REPLACED 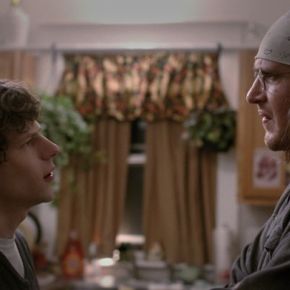 James Ponsoldt’s The End of the Tour is a film about two nervous writers. To elaborate, the film focuses on critically acclaimed author David Foster Wallace and David Lipsky, a contributing editor for Rolling Stone. In 1996, Lipsky was assigned to profile Wallace. Up until then, Rolling Stone had never published an interview with a writer. … END_OF_DOCUMENT_TOKEN_TO_BE_REPLACED