Podcasts are rising from the debris of the radio industry debate. While many stations are failing regardless of format, the digital, subscriber-based audio format is thriving. From politics to cooking to entertainment, it’s nearly impossible to find a topic that isn’t covered by a podcast.

That being said, there are thousands of music-centered podcasts to weed through. Here are some of the diamonds in the rough:

For awhile, music fans had Genuis, which allowed them to crowd source their knowledge about a certain artist, album, or song. Users dissected songs and provided explanations for lyrics based on what they knew about the artist and the artist’s personal history. Well, now there is Song Exploder. Song Exploder is a podcast where musicians take their own songs and break them apart, providing listeners with factual information about a song, instead of having to rely on fan knowledge. Each episode features a different artist, which is why the podcast is so compelling. Their first episode featured Jimmy Tamborello of The Postal Service and their most recent focused on Phantogram. Choose your first episode!

“A podcast on the making and meaning of popular music,” is Switched on Pop’s motto, and it holds true with each episode. Even if you aren’t a big pop fan, the way the hosts evaluate lyrics and compare releases is next level. With episode titles like, “How Beyoncé to The Beatles Modulate Your Emotions”, “When Good Music Happens to Bad People”, and an episode on the Jonas Brothers, Switched on Pop appeals to a large audience on at least one level. Start listening! 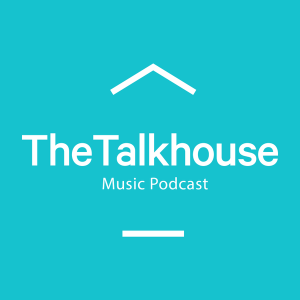 If you aren’t familiar with The Talkhouse, now you can acquaint yourself. It’s an entertainment website with a music section that allows musicians to write or share their thoughts and opinions in a well-designed, straightforward manner. Therefore, the Talkhouse Podcast is the same thing, just in an audio format. They bring together different musicians to interview each other, often resulting in engaging, charming, and funny conversations. They also have a film-centered version of the podcast which is equally as entertaining. Visit their archives.

The Sub Pop Podcast is one of a kind. With each episode, members of the record label’s staff as well as band members from their roster get together to have conversations that perhaps only interns would hear otherwise. It’s basically an insider’s view of what goes on around the office, and it provides listeners with an education of the modern music industry and how a record label works. Featuring music from bands on the Sub Pop roster and interesting tidbits about the label and its history, The Sub Pop Podcast is definitely one to subscribe to. 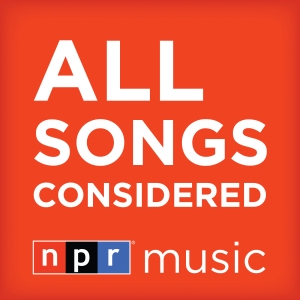 All Songs Considered is a cherished veteran in the audio world. Surpassing the podcast’s lifespan and reaching into radio broadcasting, hosts Bob Boilen and Robin Hilton are familiar voices to music fans. All Songs Considered covers developing artists from all genres, which gives the audience a broad spectrum of content. From rap and R&B to ambient music, a slot on All Songs Considered tends to validate emerging musicians. Start here and you’ll never want to stop listening to Bob Boilen’s voice.