This year was a feeding frenzy for music. New artists released chart-topping records, familiar names produced new anthems, and old acts got back together. In my attempt to sort out my favorite albums of 2014, I kept coming back to tracks that I listened to repetitively during the year. These tracks may have been placed on albums that weren’t entirely satisfactory, or were just released as singles. Either way, I couldn’t possibly feel okay with letting these tracks go unnoticed.

After her interview with her brother for the New York Times Magazine received massive amounts of press, no one was prepared for Willow Smith to drop one of the best soul/R&B tracks of the year. Smith released a three-song EP in the middle of November titled 3. Largely different from anything else she has released, “9” is an ambient collaboration with fellow musician SZA, and establishes Smith’s position as one of the artists to watch in 2015.

Swedish sister folk duo First Aid Kit released their fourth album this year. They exhibit their signature harmonies and soaring melodies, like the ones heard on “Stay Gold”. The sisters croon “What if to love and be loved is not enough/ What if I fall and can’t bear to get up” over a drum beat and a string arrangement. Watch the music video:

D’Angelo hasn’t released any music in 15 years. But, rushed by the cultural outcries that we saw this year, he decided to release his new album earlier than planned. Black Messiah was originally supposed to be released in 2015, but “The Charade” is perfect evidence for it’s early release. The song addresses systematic racism in the American government, as D’Angelo professes in the chorus: “All we wanted was a chance to talk/ ‘Stead we only got outlined in chalk/ Feet have bled a million miles we’ve walked/ Revealing at the end of the day, the charade”.

Beck’s 2014 effort Morning Phase received large amounts of praise when it was released in the spring of this year. The song’s steady intro is nearly iconic by now, quickly followed by Beck’s echoing vocals. It’s perfectly featured in the new trailer for Wild, because the track’s nostalgic sound makes you long for things you didn’t even know you wanted.

October boasted many big name releases which caused some other new records to fly under the radar, like Jessie Ware’s second album, Tough Love. The title track is also the album opener, setting the tone for the rest of the record. Ware whispers and sighs through the song, singing, “So you wanna be a man about it/ Do you have to?” Her open explanation of unrequited love continues throughout the rest of the album.

“I Wanna Get Better” – Bleachers

Jack Antonoff took some time away from fun. to work on his own side project, Bleachers. “I Wanna Get Better” was the first single released for the album, Strange Desire. Anotonoff, who co-wrote a song on Taylor Swift’s new album, used drum machines reminiscent of the 80s and anthemic vocals to produce one of the songs of the summer. Not to mention the music video was directed by Antonoff’s girlfriend, Lena Dunham. 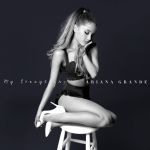 Ariana Grande was unstoppable this year. It all seemed to culminate in the release of her second album, My Everything, where she managed to collaborate with some of the biggest names in music and production. Out of all of the tracks on the record, “Love Me Harder” solidified the fact that Grande is no longer a Disney Channel princess; she is now a full fledged power pop songstress.

The Raveonettes remained silent for two years after they released Observator in 2012. But in the middle of the summer they dropped a secret album, Pe’ahi, which had everyone surprised. “Endless Sleeper” is the album opener and reminds old fans why they began listening to The Raveonettes in the first place, and convinced new fans that they should start doing so.

Although this track was a single that was released in 2013, it was included on the band’s 2014 effort, So Long, See You Tomorrow. Some parts of the album sound like they could be a soundtrack for a new Bollywood movie, which is a refreshing twist for the band. “Carry Me” includes intricate synth work and a strong tympanic drum line, which contrasts perfectly with Jack Steadman’s voice.

Bahamas Is Afie is Afie Jurvanen’s third full-length album, and he still isn’t getting the recognition that he deserves. But maybe that’s the way he likes it. “Like A Wind” appears right in the middle of his new album; a track that is filled with longing. He begins with his signature sound: careful guitar and wistful vocals, only to be met with rumbling drums and strong background harmonies. Ending the track with “Now your eyes are open when we’re kissing/ Forever wondering what you might be missing”, both singer and listener are reminded of a painful love lost. 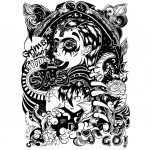 After not releasing another album after her 2012 effort, Genesis, Grimes finally gave us what we wanted, even if it was only a single. At first, loyal fans threw fits about how synth the track is, which is understandable, seeing as it was first written for Rihanna. But Grimes puts her own twist into the track, and was able to direct and have some say about the single’s artwork, photography, and music video (things she said she hasn’t had the power to do until now, she said on Twitter).

Tacocat is a band that is equally fun to listen to as they are to see live. Their 2014 release NVM, contains tracks about periods, quinceañeras, and Seattle snow days. “Hey Girl” is an angsty punk song about being cat-called by all ages of men. The song is really fun to sing (and maybe scream) to, and it’s all too true. 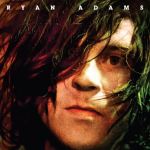 This is a classic Ryan Adams song, and that’s all you need to know.

Most musicians and producers would avoid using a laugh track on a single, but Father John Misty is not one of those people. “Bored In The USA” is the first single from the singer’s new album, I Love You, Honeybear, out on February 10, 2015. The Fleet Foxes alum satirically croons about America while a studio audience laughs in the background.